Every Day is Another Opportunity to Serve

Firefighter Proctor Inspires the Next Generation of Heroes 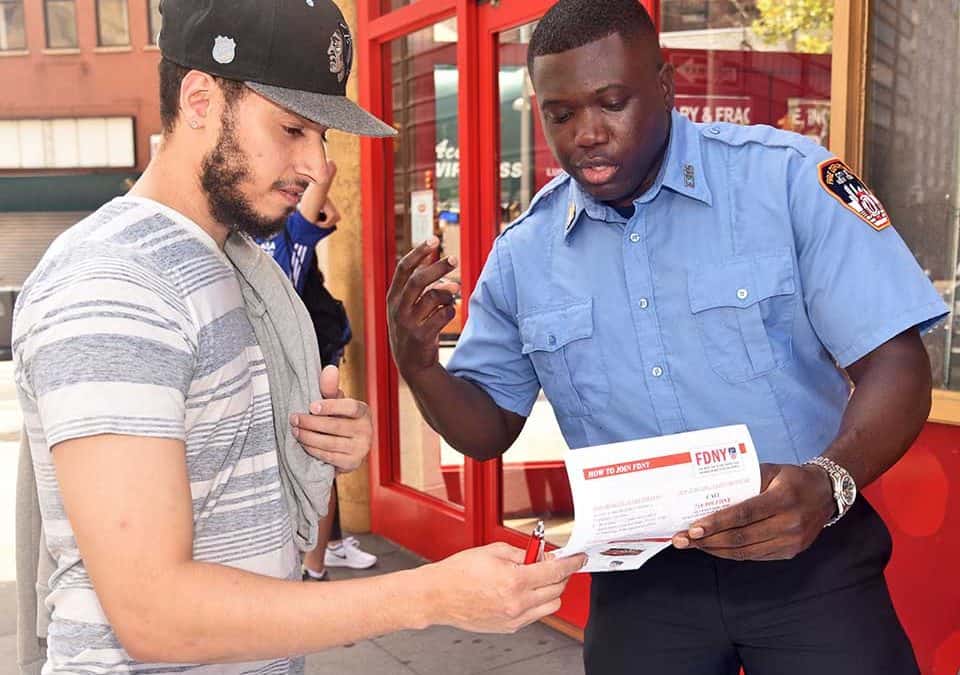 Ever since he was a boy attending middle school in Flatbush, Gregory Sheperd knew that he wanted to become one of New York’s Bravest. It was a field trip to Engine Company 249 that first showed him our exciting world of opportunity.

A few years later when he was 13, that excitement became very real when the building he lived in caught fire. The same Firefighters he had met through school came to the scene to help him and his neighbors stay safe.

Today, Gregory is a Firefighter with Engine Company 315. He helps to recruit new candidates for the job, including men and women from his old neighborhood. “Recruiting is important to me,” says Gregory. “It helps educate people about the careers we have here.”

“Quite frankly, I don’t see another career being as rewarding, challenging, fun and leaving such a positive impact on others,” he continues “I just really feel forever indebted to this Department as it has afforded me an option to provide for my family in such a noble way. FDNY is a great job and I’m happy to be working here.”

It’s not too late to go after the career of your dreams at FDNY.