Firefighter Cameron Peek is the new Head Coach of the Bravest Football Team. He's also a 20 plus year veteran in our Department.

To all of our football fans out here, this story is just for you. Meet the new Head Coach of the FDNY Bravest Football Team Firefighter Cameron Peek.

“I’m excited to serve as head coach and it’s definitely an honor to coach such a great team. I have big shoes to fill, many traditions and history comes along with this team,” said Peek, who serves at Rescue 2 in Brooklyn. “We won the Fun City Bowl two years in a row and hopefully we can have a three peat this upcoming season.” 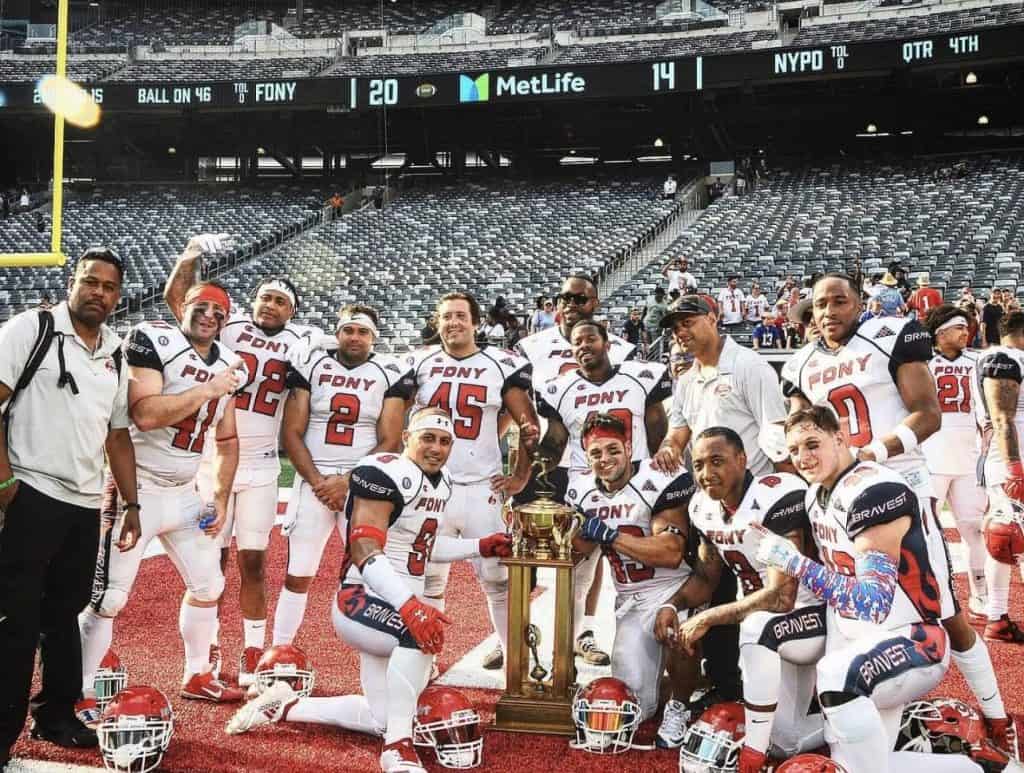 The Bravest Football Team is a semi-pro organization that is comprised of members of the New York City Fire Department. Firefighter Peek has had a winning career with the team as a player and coach.

With 20 plus years on the job, he has also become a mentor to many aspiring members. As a Rescue Firefighter, he serves in our Special Operations Command, which is a team of fire suppression specialists who assist in unique or highly critical emergencies throughout New York City.

“I love this job and I love the people I work with and this is a great career. For those men and women who are interested in joining the Department, I would suggest for them to get involved in the Firefighter Candidate Mentorship Program. I’m a mentor and I’ve mentored a lot of candidates who got through the Fire Academy and who are now Firefighters and enjoying their careers,” he explained. “I would also recommend getting in shape, because this job is training for life. Fitness is a very big part of the job and you have to remain in shape to succeed in the Academy and on this job. All of the training, studying and preparation is worth it.”