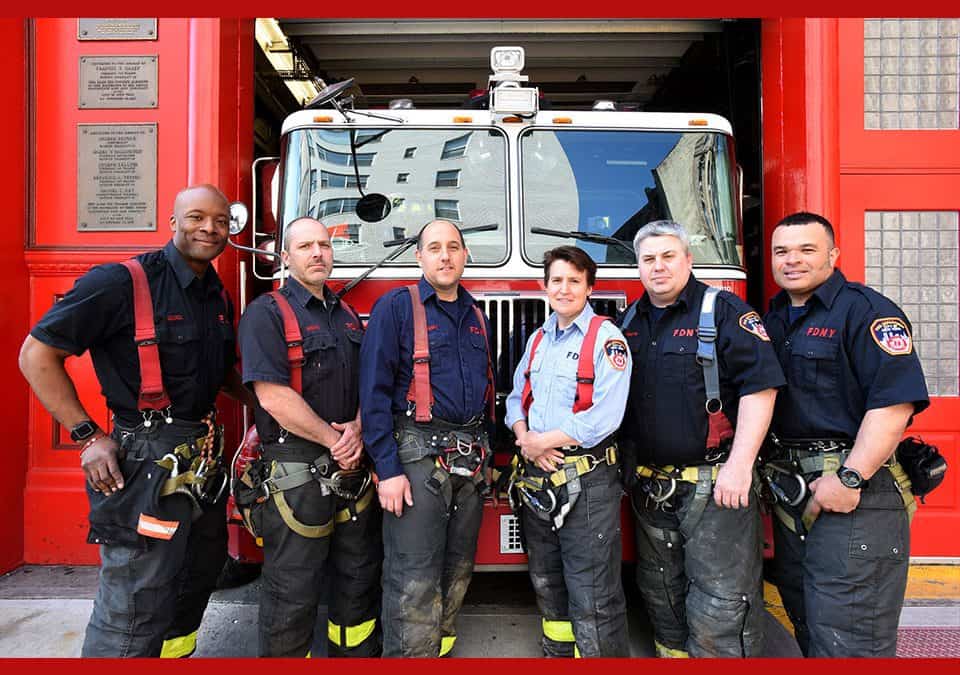 On Tuesday, October 31, FDNY Squad 18 was called to a confirmed pin between a truck and a school bus. As they responded down the West Side Highway, they heard increased radio traffic, reports of a possible active shooter incident, and observed numerous bikes lying on the ground. They were flagged down by a frantic police officer. Squad 18 stopped their rig and, carrying all of their medical equipment, raced towards numerous critically injured patients. Lt. Adrienne M. Walsh performed a quick, initial triage and the members notified dispatch of numerous injuries and the need for several ambulances. They then learned a truck had driven down the bike path striking many people. This was no accident. It was a deliberate attack. The members of Squad 18 administered comprehensive medical care to patients with multiple traumas, and several in need of tourniquets. As EMS units arrived, the members of Squad 18 continued to triage injured patients, provided rescue breathing and oxygen when needed to keep their patients alive, and assisted in patient removal to the hospital. Firefighters Richard T. Naviasky and Santos Torres Jr. boarded and an ambulance to continue care of one critical patient on his way to the hospital. The members of Squad 18 displayed the truest form of teamwork, and demonstrated that the FDNY will always be there, front and center, to bravely respond to any attack on our city, or its people.