New Fire Officer Says He is Ready to Lead

From ‘Probie’ of the Month to Calendar of Heroes Model 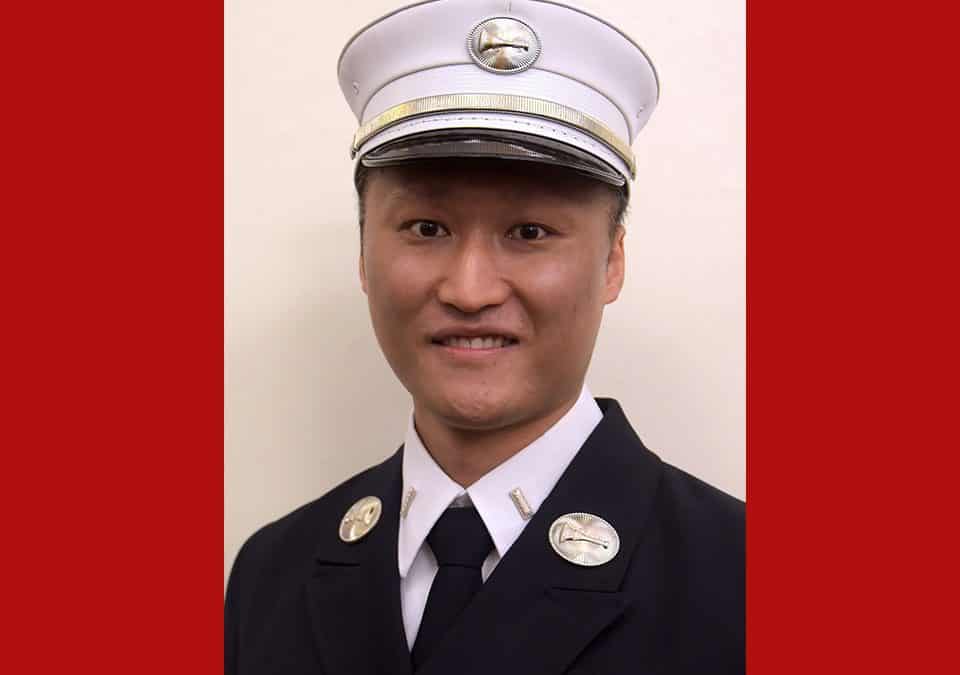 Lieutenant Kwai Chan became inspired to join the FDNY after watching many Firefighters help those in need during the September 11 attacks in 2001. He lived and worked in lower Manhattan and that historic moment in time had a major impact on his life.

“I saw many of New York’s Bravest responding with selfless dedication to rescue people trapped in the rubble at the World Trade Center,” he recalled. “Seeing and living through this event compelled me to pursue a more purposeful career as a New York City Firefighter.”

Flash forward to present day and Chan has taken his career a step higher by becoming a Fire Officer. He currently serves in our 11th Division in Brooklyn.

“Over the course of twelve years as a Firefighter, I’ve learned a great deal about the job and its tradition from the many Firefighters I’ve worked with including knowledge and guidance from Lieutenants, Captains, and Chiefs I’ve come to know. I like to help people and I love the excitement of this job and the teamwork that exists in the fire service,” he added. “The groundwork was laid before me in becoming a Fire Officer and to be in a position now to lead and to give back what I’ve learned is a tremendous responsibility to take on, which I find challenging and rewarding.”

Learn more about the promotional opportunities in our fire service here.