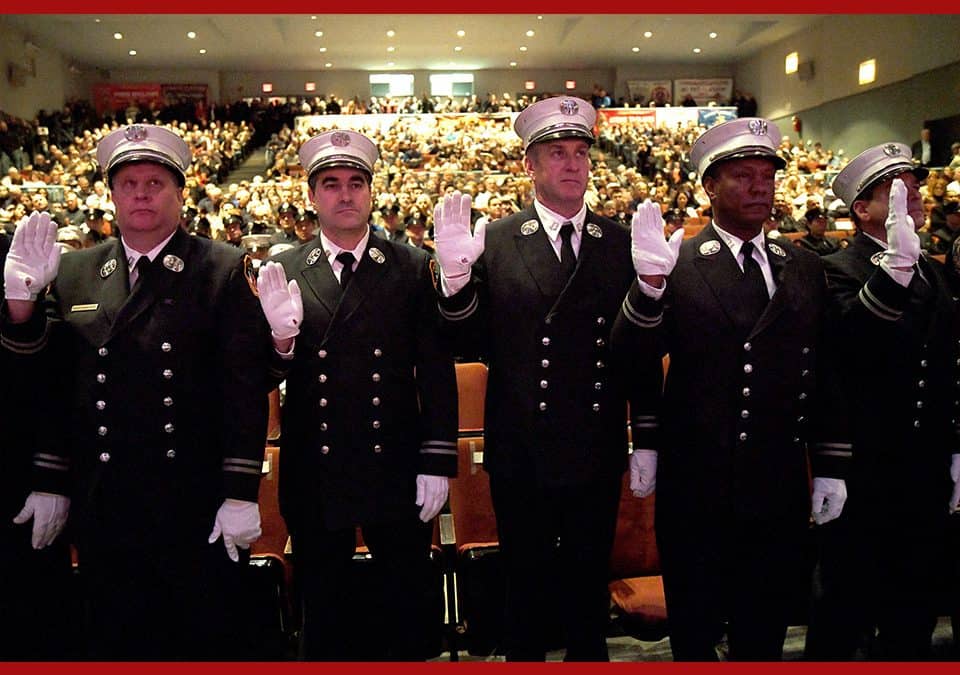 The 80 Fire Officers will be assigned to various units throughout New York City.

F DNY Commissioner Daniel A. Nigro presided over the promotion of 80 Fire Officers on Jan. 3 at York College in Queens. Battalion Chief Richard Barnes, center, was one of 16 former Captains who were promoted during the special ceremony in Queens. FDNY Commissioner Daniel A. Nigro, left, and Acting Chief of Department John Sudnik, right, congratulated Barnes on his latest career achievement.

“My father, retired FDNY Firefighter Richard Barnes, Sr. of Engine 332 loved this job. I remember him bringing me to his firehouse and I really enjoyed those visits. He never pressured me into this career, but rather let me find my own way and I’m happy with the choices I have made. I know with my new position comes new responsibilities and I want to do a good job and live up to it,” said Battalion Chief Richard Barnes, one of the promotees.

The promoted officers will be assigned to various units throughout the city.

View more photos from the ceremony here. To learn more about our amazing promotional opportunities in fire suppression, click here.