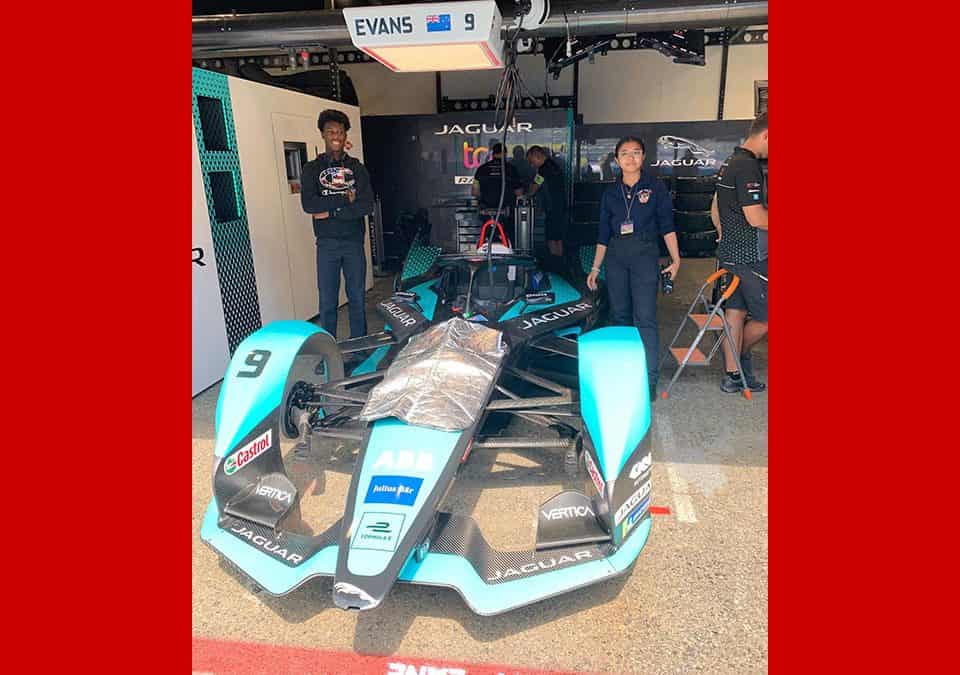 Join us today in learning about FDNY Summer Interns Kajuan Johnson and Kaitlyn Cintron, who took part in ensuring the safety of patrons at the 2022 New York City E-Prix racing event in Brooklyn on July 8.

With the help of The FDNY Bureau of Fire Prevention Public Assembly Unit, The FDNY Planning Unit, the FDNY Fire Alarm Investigation Teams from Brooklyn Borough Command, and FDNY EMS resources, Cintron and Johnson were able to see first-hand last week what goes into keeping a such a large event safe for the drivers and fans who were in attendance for the annual race weekend.

“We were checking for any possible fire hazards at the event,” said Johnson. “We were able to check the cars, and learn where their batteries are located. We also spoke to the drivers and engineers of the cars and learned about the safety measures they take for themselves in case of an emergency. It was a great experience.”

Both interns are also entering their senior year at the FDNY Captain Vernon A. Richard High School for Fire and Life Safety this fall. 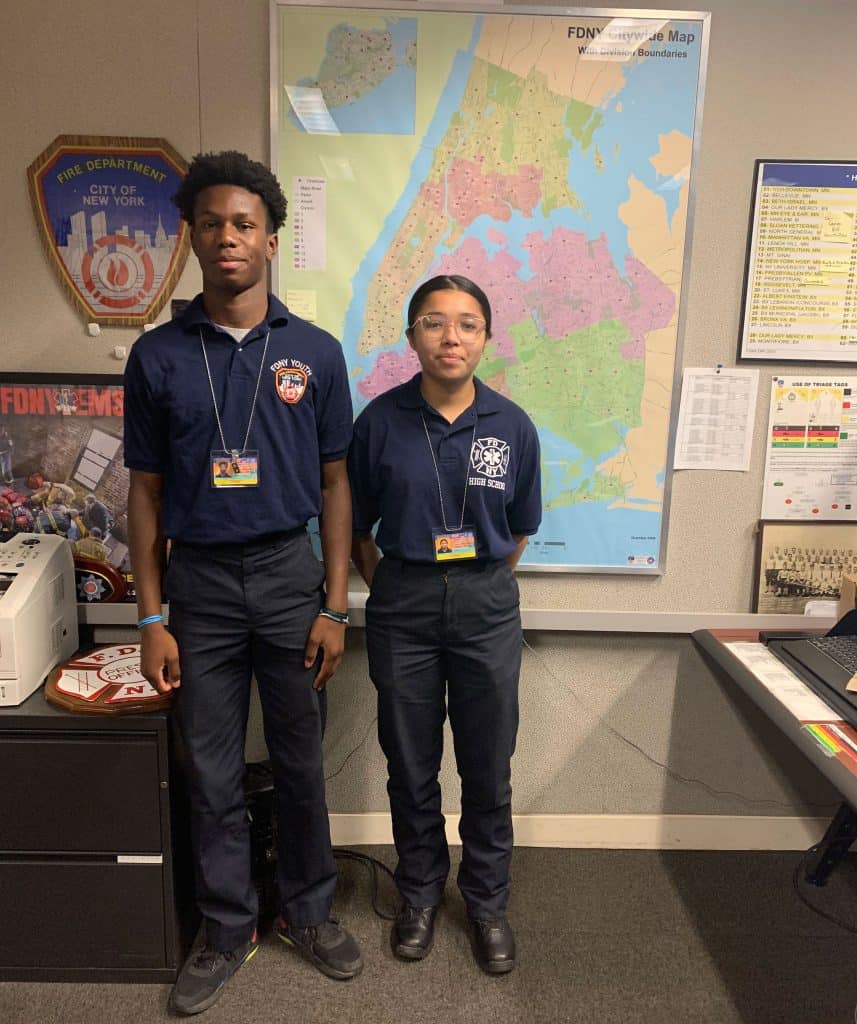 FDNY Summer Interns Kajuan Johnson and Kaitlyn Cintron will also be seniors at the FDNY High School this fall.

“One of my favorite programs in school is our EMT Prep Program. All of the staff is very welcoming, which motivates me to one day be like them,” said Cintron.

Johnson, a Canarsie native, has hopes of becoming a Firefighter and enjoys the atmosphere that is provided to him in both high school and in his summer internship.

“Between our prep programs and all of the officers and staff that we have met during our internship, everyone treats us like family here,” he added. 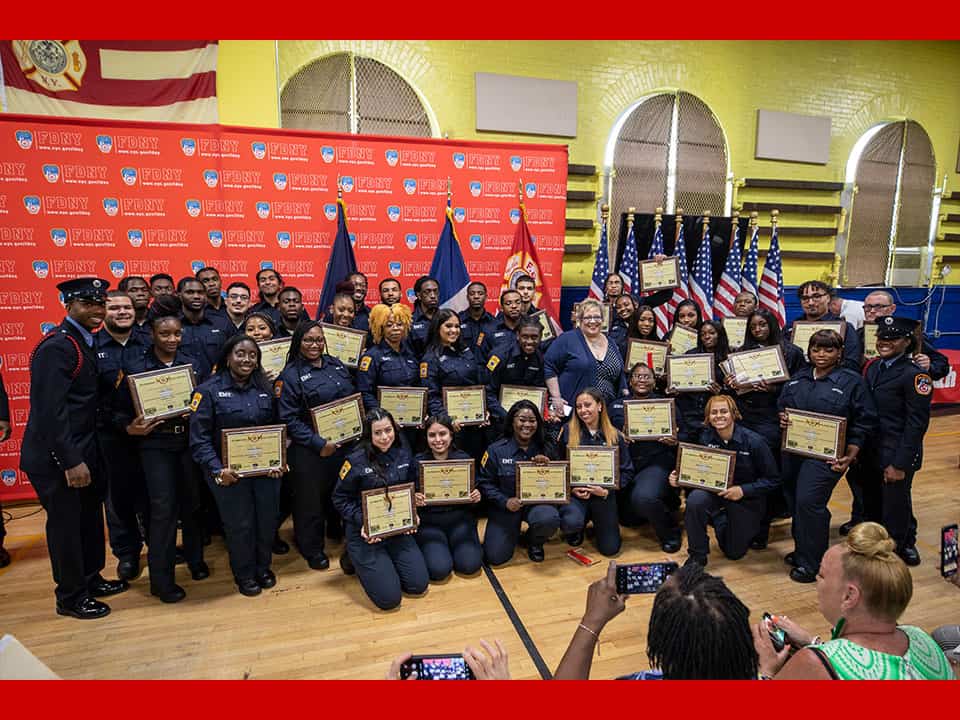 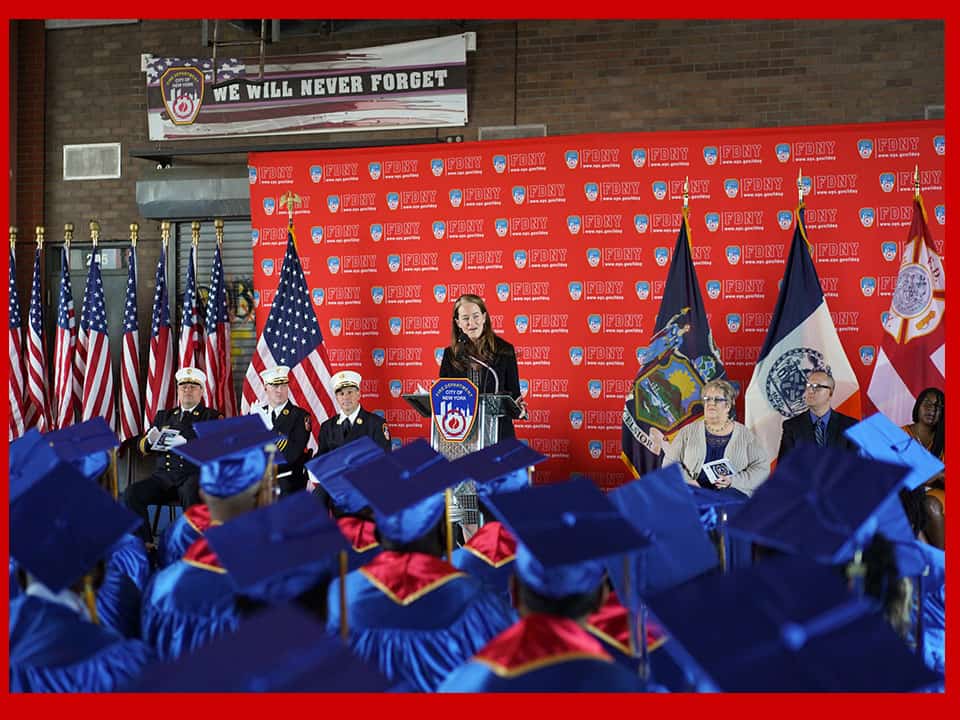 FDNY High School Bids Farewell to the Class of 2022