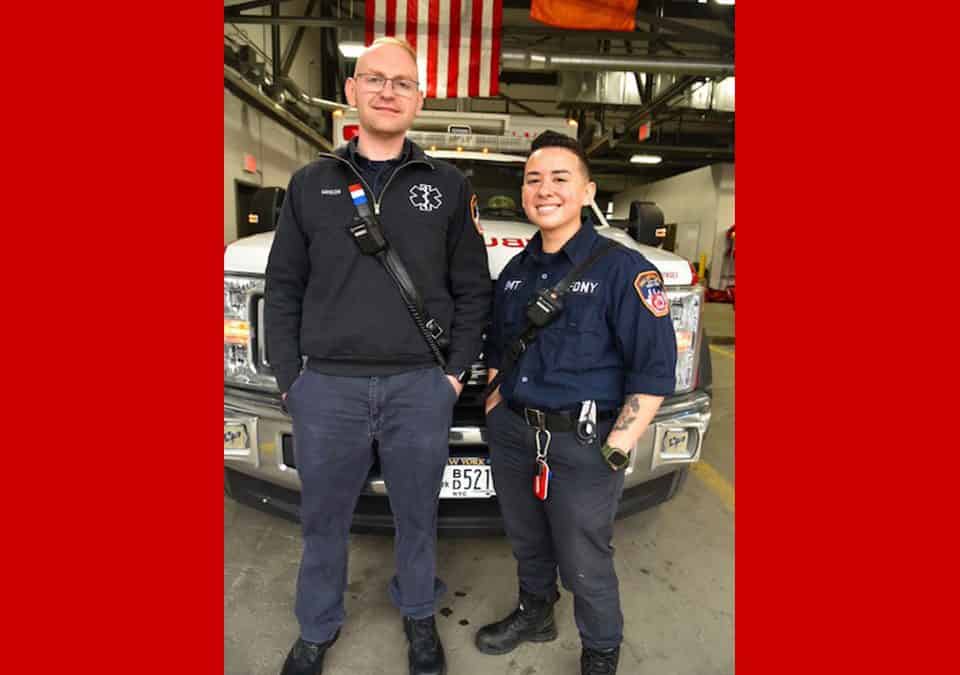 FDNY Emergency Medical Technicians Daniel Hanlon and Priscilla Matzer recently helped to save lives by evacuating residents from an apartment fire in the Bronx.

On this Throwback Thursday, join us below in learning about Station 20 Emergency Medical Technicians Priscilla Matzer and Daniel Hanlon. The duo recently helped to evacuate residents from an apartment fire in the Bronx.

“I was born and raised in the Bronx. My older brother, Jesse Torres is a Firefighter at Ladder 17, and he introduced me to the career of emergency medicine,” said Matzer, who joined the FDNY three years ago. “Being from the Bronx and giving back to my community is incredible. Working for the Department is like having an extended family with your co-workers. There’s a sense of pride once we put on our uniform. The FDNY is known all around the world and it feels good knowing that each day I can impact someone’s life forever.”

“I was always interested in healthcare from a young age and I’m the first in my family to work for the FDNY as an EMT. Working for the Department differs from other places in so many ways because we share a different bond as co-workers as opposed to some job settings. We rely on each other day in and out and go through experiences that bring us closer. This job is unlike any other. My advice for anyone going through the hiring process or the Academy is just know that it’s worth it,” added Hanlon, who joined the FDNY four years ago.

While assisting another EMS unit on a separate assignment in the Bronx on April 1, a frantic civilian came up to their ambulance and stated the building across the street was on fire. Without hesitation, the EMTs exited their ambulance and entered the six-story apartment building and began to evacuate residents from the smoke-filled hallways. Read more about their courageous actions here.

Learn how you can work as an EMT for the New York City Fire Department today here. 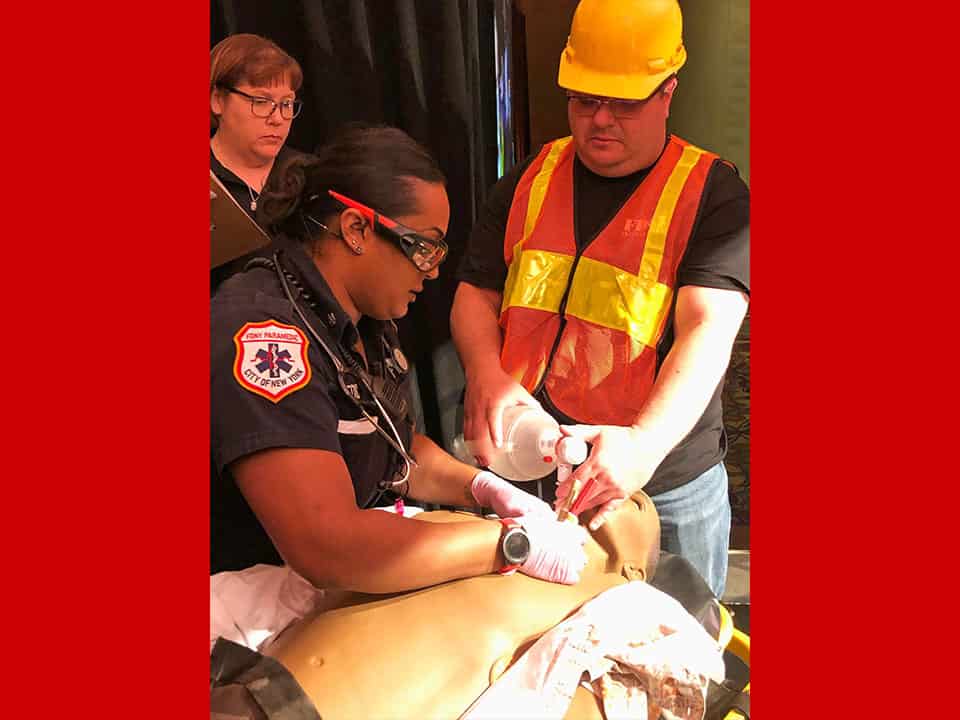 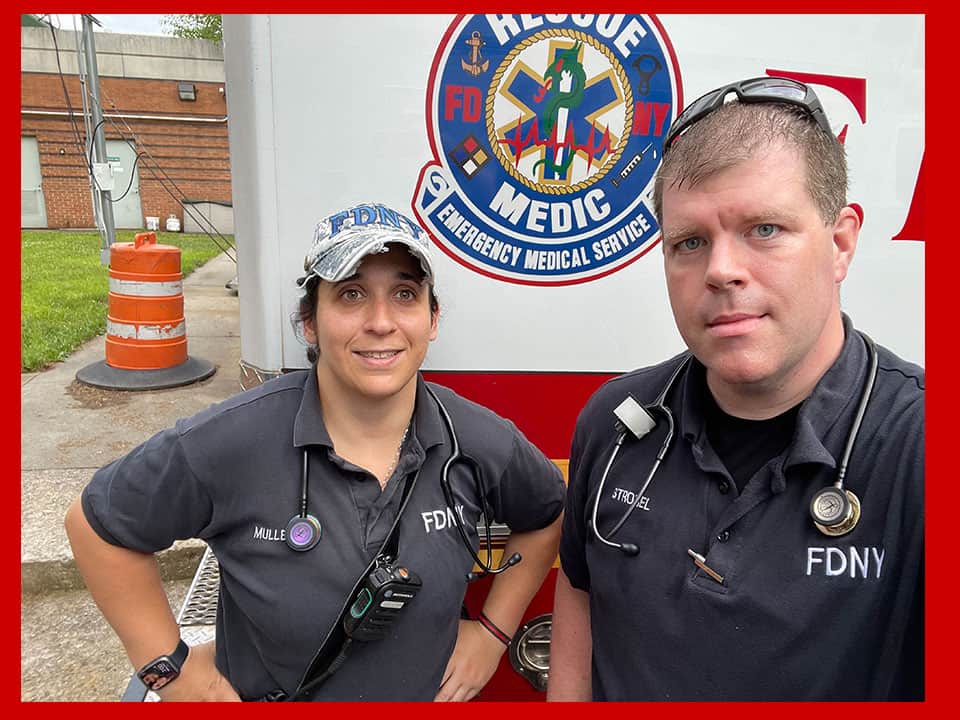