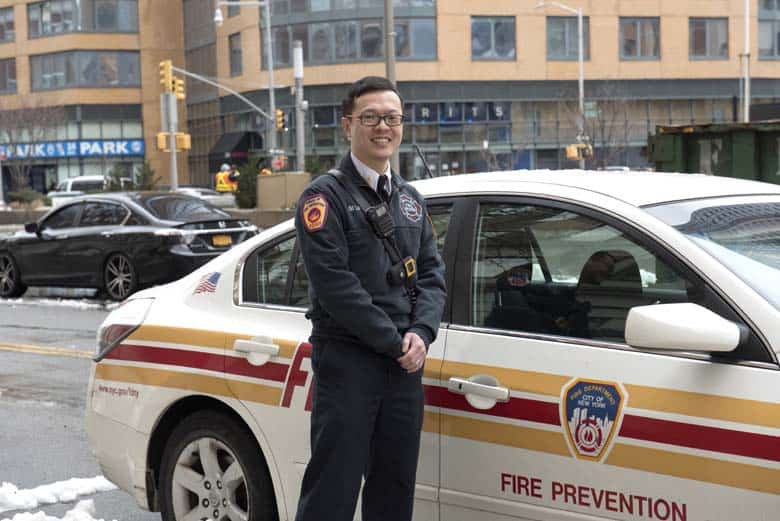 Hengtian Danny Lin is Deputy Chief Inspector in Fire Prevention at the FDNY. He has been with Fire Code Development for over eight years.

“When I reported to Ft. Totten on my first training day, I saw the statue of a firefighter holding the flag standing by the I-Bean Cross in front of the CFR Bldg. As someone who lived in Chinatown during 9/11, I couldn’t help but think of the people that worked/were lost at Ground Zero. I have returned to the building many times since then. The statue still reminds me of my first days,” said Deputy Chief Lin.

Since then, Lin has attended many 9/11 Memorials and other Department events, which continue to add to both his pride and commitment: part of the greatest Fire Department in the world and one of the most important units.